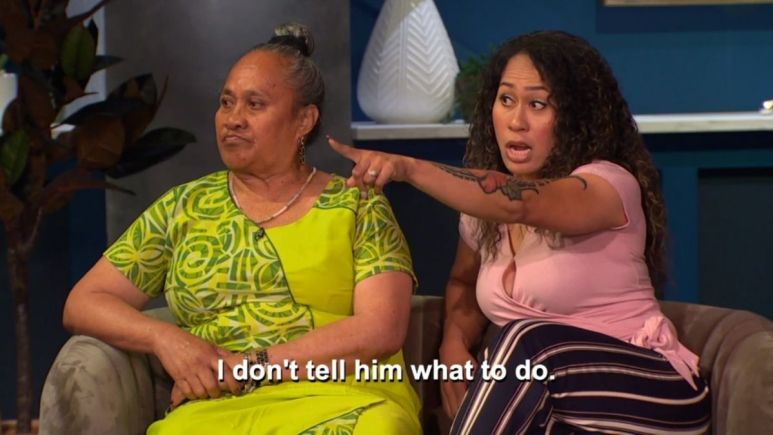 The final part of the 90 Day Fiance: Happily Ever After? Tell All packed just as many punches as Part 1. There were secrets revealed, fights that continued, and ugly situations from the season were discussed.

Host Shaun Robinson aimed to leave no question unanswered as the remaining couples had their turns in the spotlight and the drama from Part 1 spilled over into the beginning of Part 2.

This Happily Ever After? season’s major fights were highlighted

Angela came back on stage only to yell at Michael once more for something she thinks he lied about. In a private interview after she left the stage, Michael called and she told him that she would be going out in New York City looking good and looking for attention.

Libby and Andrei agreed to disagree about Libby’s need for a nanny, although Yara chimed in that using a nanny is ridiculous. Chuck was then brought out and said that he has been working really well with Andrei.

Then Charlie came on stage and neither he nor Andrei would apologize to one another. Andrei verbally attacked Charlie and said that Charlie has a drinking problem and that Chuck fired him from the family business, which Chuck denied.

Asuelu’s mom and sister Tammy were brought on stage to talk about what has happened since the fight and if their relationships are salvageable.

Tammy yelled at Asuelu and claimed that he pushed their mom during the altercation. She then turned her focus on Yara who was speaking out against her before taking aim once again and Asuelu.

Asuelu said he would not apologize to his mom because he feels he didn’t do anything wrong and nothing was resolved from the fight.

Some shocking realizations were discussed during the Happily Ever After? Tell All

When Shaun asked Natalie if she and Mike were officially broken up, they both agreed that they were.

Brandon admitted that he wishes he could see his parents more than Julia lets him. Julia was firm about keeping separation and said that his parents should just sell the farm because it’s too much work for them and they always need Brandon’s help.

When asked if she and Jovi are planning on having more kids, Yara revealed that she has not had her period for a while. They both agreed that another pregnancy would be really bad timing, and Yara said she would move back to Ukraine to be with her mom if she was in fact pregnant.

Jovi said he would go along with whatever Yara needs and said he would heed his mom’s advice that he needs to focus on being a father and husband more.

Ronald and Tiffany both said privately that they are really only in the marriage at this point for the kids.