“Plus ça change, plus c’est la même chose” — that’s French for “Sheila Carter’s back, bitches!” Okay, it actually translates into “the more things change, the more they stay the same.” That’s certainly what viewers of The Bold and the Beautiful are feeling now that daytime’s naughty baby-switcher is back in town!

Sheila (Kimberlin Brown) was last seen about three years ago after she and her rival Quinn (Rena Sofer) broke nearly every vase in the Forrester mansion living room. After failing to re-ingratiate herself into ex-husband Eric’s (John McCook) life, Sheila kept a low profile.

This time, B&B has tied Sheila even more into familial dynamics by revealing that she’s the birth mother of Finn (Tanner Novlan) and, as Finn has tied the knot with Steffy Forrester (Jacqueline MacInnes Wood), this also means that Sheila is baby Hayes’s grandmother!

Count on Sheila’s presence to cause quite a bit of turmoil in the lives of not only the newlyweds but also the rest of the Forrester clan. TV Insider chatted with Brown about what brought her back to the show, how this time will be different, and how she’s getting the last laugh on one of Sheila’s greatest rivals.

How did you feel when B&B reached out to you about reprising Sheila?

Kimberlin Brown: It was amazing. It really was. Completely unexpected. I can’t say enough about how exciting it is.

What happened with Sheila after her last visit? Those battle scenes with Quinn were WWE-worthy!

The last time viewers saw Sheila she was trying to do the right thing and become a good person. After she realized the Forresters weren’t going to give her any slack, she decided to go away and work on herself even more. Hopefully, this time, they’ll see that she really has changed.

Sheila won’t be so easily dismissed now that she has blood ties to the Forresters.

Exactly. And that feels great. There is some great stuff coming up. All Sheila ever wanted to do was to be a part of Eric’s life and be a part of the Forrester dynasty. Clearly, she wasn’t able to do this on her own. Now, she has a grandson [Hayes] that is related to the Forresters. And there’s absolutely nothing that the Forresters can do to change the fact that her blood is running through that baby’s veins.

Eric’s single now that he and Quinn have split after finding out about her infidelity. Might Sheila and Eric reconnect?

With what we’ve shot so far, that would take some work on Sheila’s part. I do believe that Sheila would never do anything to hurt Eric and she never would have cheated on him. They’re both going to be vulnerable, which is when they usually connect with each other. Sheila’s always been there for him. It’s always been the other women in Eric’s life who have prohibited their happiness. I can tell you there’s some explosive stuff coming up. Right now, things are centered on Finn and the family.

We were really thrown into the fire. We had a lot of pages on our first day. But we got a great rapport going on immediately. Tanner took the emotions and ran with them. [Supervising producer] Ed Scott was very thrilled with what he was doing.

What’s kept you busy since we last saw you?

I’ve been working on a sitcom. We were supposed to start filming during in January but [we had some delays]. It takes place outdoors. Jonathan Banks [Better Call Saul] has agreed to be in my project. When I can tell you more about it, I will. We hope to shoot next winter. I’ve got a great group of people. Fred Fox Jr. [Family Matters, Happy Days] has agreed to write the script. I want something funny that people can sit down and watch with their kids. I also have an apparel line launch coming up. It’s called humanKIND. A friend and I acquired [it] out of North Dakota. We’re going to take it internationally.

Finn’s other mother Li (Naomi Matsuda) was named, I’m presuming after Lee Bell, B&B’s co-creator, who passed away last year. Do you have any memories of her?

Yes. My memories of Lee are extraordinary ones. She had the most incredible life. She was successful in her own right. She was daytime TV [in Chicago]. She was always encouraging and was always complimentary. Her phone line was always available to me. Her door was always open. I’d call Lee when I wasn’t working on the show. She and [her late husband] Bill [Bell, creator, Young and the Restless and B&B] have truly made a life-altering mark on me. I will forever be grateful to them. 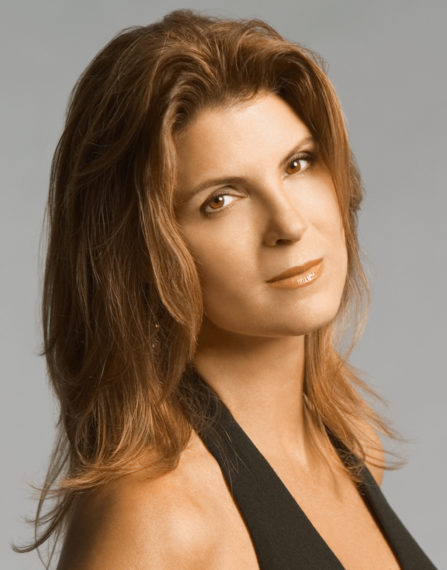 Does Sheila have any allies right now? Or is she facing an uphill battle?

Everything we’ve shot so far, Sheila’s definitely on her own. Her biggest ally may be Finn. I can see where he’ll be torn between his family and the woman who gave birth to him, regardless of the stories the Forresters have told him. That would be the case for most people. It’s Sheila on her own — for the moment.

After Lauren (Tracey Bregman), Sheila’s greatest rival was the late Stephanie (Susan Flannery). She’s gone now but her portrait was recently put up again in the Forrester living room.

Yes. Sheila knows that Stephanie is gone. The last time Sheila came back she was fighting with his new wife…Quinn. Stephanie’s gone but it doesn’t mean that those scars [she inflicted upon Sheila] are gone. In upcoming scenes, actually, you’ll see a bit of a reference to Stephanie. In that scene, it’s kind of like rubbing dirt in Stephanie’s face.

The Bold and the Beautiful, Weekdays, CBS