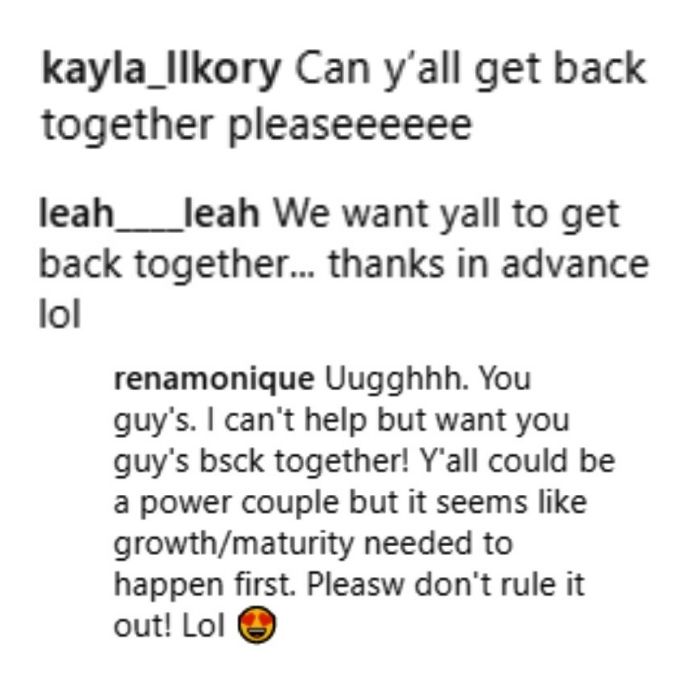 Kail Lowry has sparked plenty of rumors that she’s back together with her ex-husband, Javi Marroquin, and Teen Mom 2 fans are begging for it to be true.

The 29-year-old mom of four shared a video that included herself and her second baby daddy fist-bumping and it got her fans talking.

Kail currently has a home build underway in her home state of Delaware, and she took her sons to the construction site to pick their rooms.

In the video, which Kail shared as a post on Instagram, Kail’s two eldest sons, Isaac, 11, and Lincoln, 7, used a good, old-fashioned game of Rock Paper Scissors to settle a friendly dispute — both boys wanted the same bedroom in the house.

Javi could be seen walking up the stairs of the home, which still only consists of its framing, while Kail told him, “They’re both fighting over whose room is what. They both want it.”

Kail and Javi gave each other a personalized fist bump before Isaac and Lincoln competed in Rock Paper Scissors. Lincoln got Paper, while Isaac got Rock, giving little brother Lincoln dibs on the room.

Javi and Kail fist-bumped once more before the video ended, and soon after, Kail’s followers began rooting for her and Javi to rekindle their romance.

“Can y’all get back together pleaseeeeee,” commented one of Kail’s followers on her post.

“We want yall to get back together… thanks in advance lol,” wrote another fan.

Another one of Kail’s followers gushed over the idea of her getting back together with her ex-husband of five years.

They wrote, “Uugghhh. You guy’s. I can’t help but want you guy’s [back] together! Y’all could be a power couple but it seems like growth/maturity needed to happen first. [Please] don’t rule it out! Lol 😍”

But Kail chose to respond to one of her follower’s comments about getting back together with Javi.

The fan asked, “why am I so pressed about them getting back together ?😂😂❤️”

To which Kail replied, “😂😂 we aren’t getting back together[.]”

Kail and Javi, who recently went into business together, claim that they’re spending more time together because co-parenting is going smoothly and Kail is the team mom for Lincoln’s football team.

Despite how well things have been going between the former couple, Kail admitted that Javi “cussed her out” recently.

Kail and Javi have confused fans and critics with their mixed signals when it comes to their relationship. Although Kail and her rep have denounced that she and Javi are an item, Kail and Javi’s actions seem to suggest otherwise.