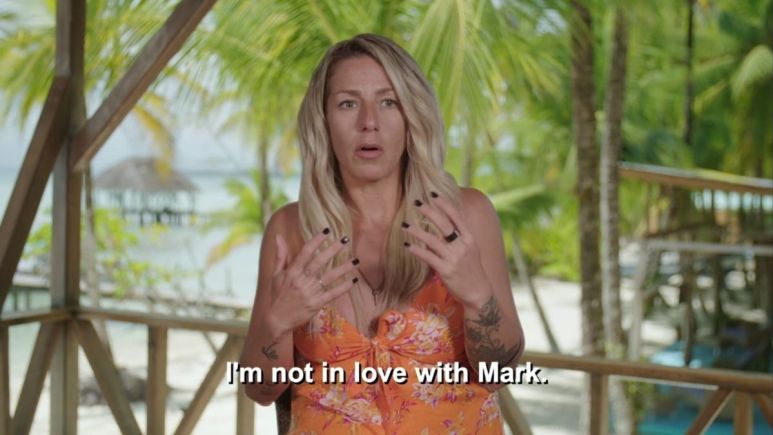 Things are becoming a lot more real and serious for the Love in Paradise: The Caribbean, A 90 Day Story couples as they near the end of their stays with their partners.

Questions still remain for some while others are more concerned with needing more action from their significant others.

Aryanna’s family left Jamaica while she stayed on and moved into Sherlon’s place which was a shanty compared to what she’s used to.

Sherlon wanted to show Aryanna that he could be a good boyfriend so he tried to make her as cozy as possible. Things took a turn, however, when they went on a date and the subject of the baby’s last name came up. Aryanna doesn’t want the baby to have Sherlon’s name unless he plans on raising the baby in America, which greatly upset Sherlon.

Mark took Key to a fancy resort where he asked about her answer to his ultimatum of moving to California to be with him or breaking up. Key said she loves Mark but is not in love with him and she likes her life in Panama too much to move for him.

Mark was crushed and turned to his friend for advice. She said that Key probably backed off because he hasn’t been willing to make sacrifices or compromises. Mark said he would make those sacrifices if it meant being with Key.

Daniel planned a romantic day in the jungle to reconnect with Amber after their tumultuous week together. Amber realized she has been overreacting and apologized to Daniel, saying that she realizes she needs to let go of control a little bit.

Daniel said that was the first time she had apologized and that he was looking forward to no more fights over trust issues. Their next step is to gather the final paperwork to continue the K-1 visa process.

After the fight about Martine’s anger over not trusting Steven and becoming alarmed by a text on his phone, they decided to talk. Steven said their relationship is being damaged by her trust issues and she agreed that it’s time to finally put Steven’s past indiscretion behind them.

Steven said that he wants to make a big gesture to show Martine his commitment.

Love in Paradise: The Caribbean, A 90 Day Story airs Sundays on Discovery+.