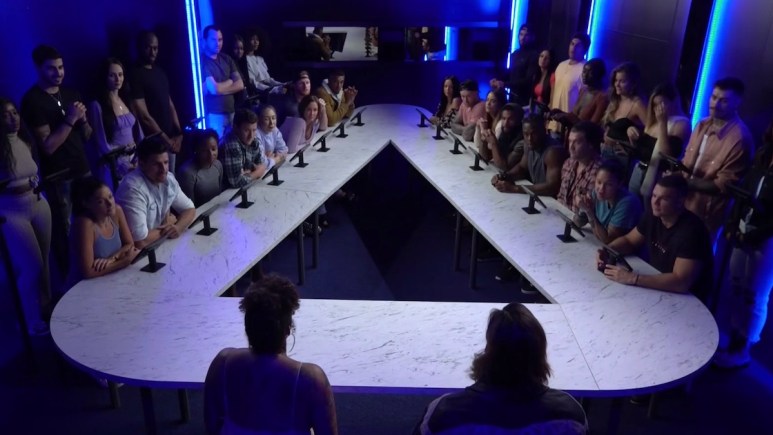 Josh Martinez recently opened up about his experiences from The Challenge: Spies, Lies & Allies season, his fifth appearance on MTV’s reality competition series.

The former Big Brother star mentioned being more focused than ever for the season, but unfortunately, it seemed like he and his partner, rookie Lauren Coogan, may not have been working so well together.

During a recent podcast interview, he shared his opinions about their partnership, saying they “didn’t really align” in terms of what they were there for or how they played the game.

Josh Martinez talks about his partnership with Lauren Coogan

During the Watch With Us Weekly podcast, Emily Longeretta asked Josh about the veteran alliance, seeing all those rookies arrive on the show and his partnership with former Love Island USA star Lauren Coogan.

Josh paused for a moment before answering about his teammate situation but then said, “it was interesting.”

“So I was definitely overwhelmed because it was a lot. She has such a massive personality, but I think that I came into this season more focused than ever to make my first final. To win. To kind of just play the best game that I’ve ever played,” he shared.

Josh went on to say he and Lauren “didn’t really align” in terms of the game he wanted to play. He mentioned that she had just come off Love Island and seemed to be mostly looking to have a good time there.

“So that’s the struggle I had with her. I just felt like she wasn’t there for the right reasons,” he added.

In terms of rookie cast members getting confessionals or appearances on-screen to make a name for themselves on The Challenge, footage showed Lauren a few times in the first episode. Those times were limited to brief glimpses with zero confessionals or background details given.

The first time came during the opening mission when international competitors freed the American stars from their chains and cinder blocks. The Challenge rookie Lauren chose to rescue Josh, making them a team.

Her name and photo popped up on the screen for that scene. Josh and Lauren were briefly shown attempting to smash the cinder blocks as part of the daily challenge, but that scene was limited.

However, in later scenes, it was like a blink-and-miss out on seeing her situation. There was a quick glimpse of her during a toast at the celebration of two cast members’ birthdays.

She also appeared at the cast’s first deliberation meeting (below), but the edits did a good job of not giving any close-ups.

Lauren later appeared alongside other cast members in the nearby spectator area for the elimination event. However, that was it for the former Love Island USA star. After the premiere episode, Lauren reacted online to a fan posting a screenshot of her at the elimination.

So far, no official reason has been given for Lauren seemingly being edited out of scenes. There has been online speculation suggesting she said something to another castmate, which resulted in her getting disqualified from the show.

However, those are just rumors, and there are no confirmed reports about what happened.

In the previous Total Madness season of The Challenge, viewers saw a similar editing situation happen with Dee Nguyen after making insensitive remarks on social media about the Black Lives Matter movement.

However, MTV made the situation with Dee clear by including an on-screen message before the edited episodes explaining their stance.

For now, fans will have to wait to see if Lauren or someone else gives more of an explanation of what happened in her Challenge debut.