This is an excerpt from TV Guide Magazine’s The Walking Dead Universe Special Collector’s Issue, which is available for international pre-order online at TheWalkingDeadMag.com and is available nationwide on newsstands now.

We asked the stars of The Walking Dead your biggest questions. Here’s what they said.

From @TWDBrasil: For Norman Reedus (Daryl) and Melissa McBride (Carol)—which season did you enjoy filming the most and why?

Reedus: Same. The first season was the best in terms of memories because it was brand new. It was such a gung-ho spirit. It felt like we were becoming a family right off the bat. Season 9 was really good too. There’s a lot of stuff I’d been waiting to do with [Andrew Lincoln] that I got to do. Or the season where Dog showed up. We’ve jumped in time so many times, I’m not sure where that dog came from!

From @fentwd: If today’s Carol had the opportunity to step back in time, what would she say to the younger version of herself during Season 1’s Atlanta camp?

From @povsjeffre: How do you think that things would be for Negan (Jeffrey Dean Morgan) if Lucille (Hilarie Burton) survived the apocalypse for longer? Would the Saviors have existed?

Morgan: No, I don’t think the Saviors would exist. I think [Negan] would’ve been too concerned with keeping his wife alive, and that just wasn’t the man that he was when she was alive—he wasn’t going to be a leader of a bunch of people. I think that all came because of her death. So, who knows [what would have happened]? The two of them probably would’ve hit the road and tried to find their way.

From @lovxsharman: Maggie (Lauren Cohan) has lost so many important people in her life over the years. Which of those scenes was the most difficult to shoot?

Cohan: Oh, when Glenn [Steven Yeun] and Abraham [Michael Cudlitz] died [in the Season 7 opener]. I think it was the extended torment. We did that over the finale for Season 6 and the premiere for Season 7. You have to go all the way to a place emotionally and psychologically—and then you have five months off. But it’s in the back of your mind. 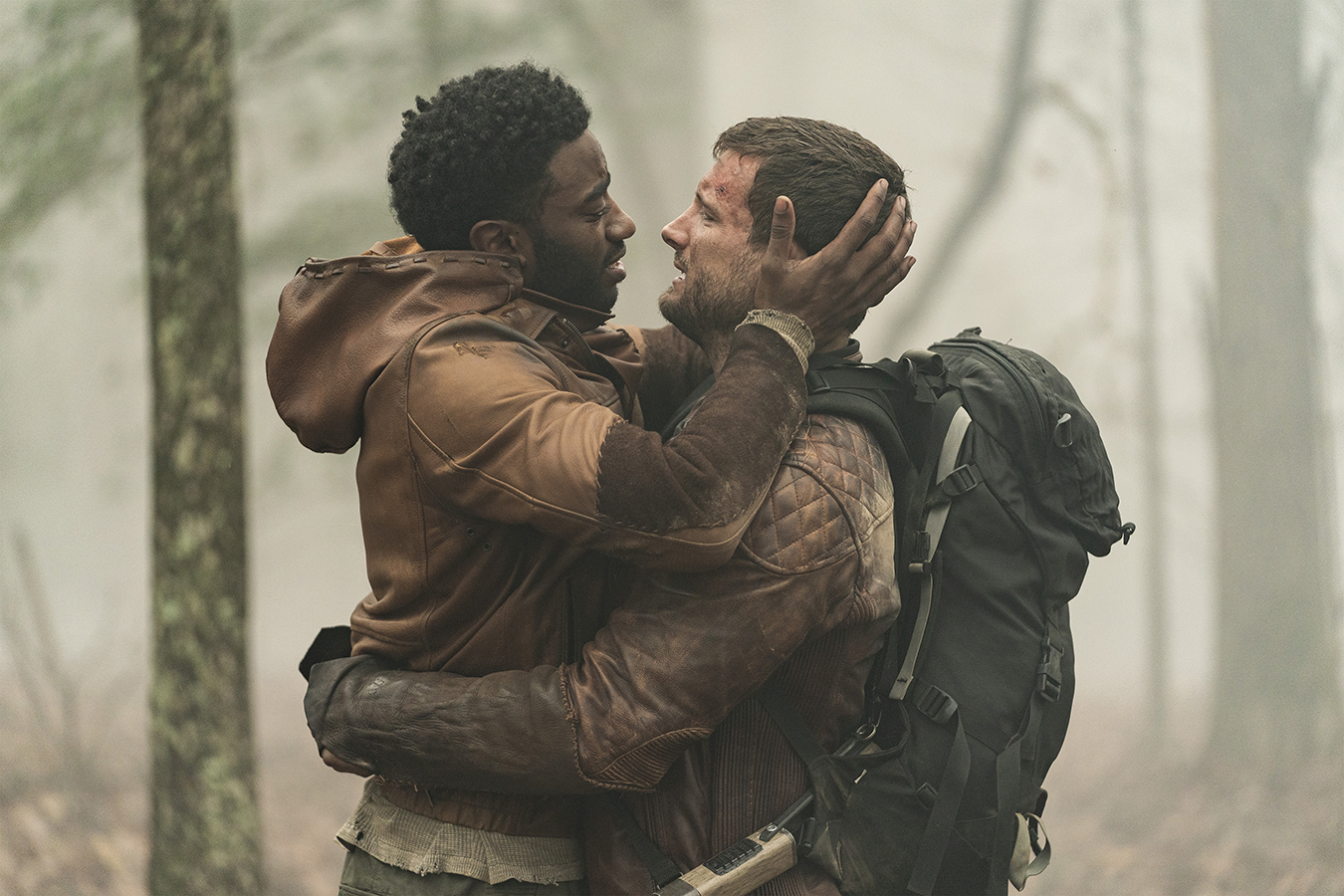 Can Beyond couple Felix (Nico Tortorella) and Will (Jelani Alladin) make it work?

“They’re together again, but moving forward, I think they both experienced a lot,” teases Tortorella of the pair, who reunited cross-country in Season 1’s ender.